Mind Development in the Developing Fetus: A QCK Adventure 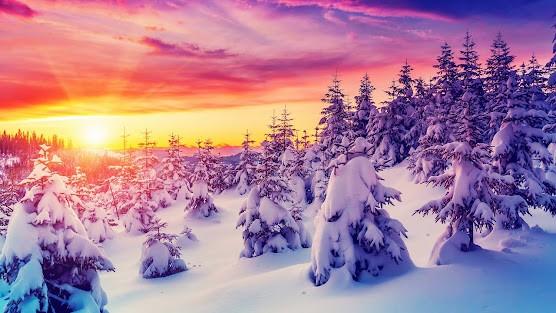 This one's another exciting story, albeit maybe also a bit bizarre, that I've been wanting to share about my 'adventures' with QCK, resonance and the developing baby fetus in my belly.Why I'm saying this story might be a bit bizarre is because it's not like one you'll have heard anywhere before. It covers topics that may be a bit hard to grasp at first, but they're fascinating nonetheless. Topics such as... gosh, where do I begin?! lol To be honest I am also learning about all this stuff as I go. It entails as much my process, as well as the baby's and the process I'm walking with QCK, in terms of investigating the relationship between the mind and the body (or, as I've more specifically described before, how I work with 'resonance'). Again not going to go into the specifics of what 'resonance' is, but I am more than happy to answer questions in the comment section!

Anyways! Let's just get into it. A little while ago, without any clear reason or cause, I suddenly started experiencing abdominal cramps. At first, obviously thinking nothing of it cause when you're pregnant you experience cramps for numerous reasons; constipation, bloatedness, being gassy, the uterus expanding and what not. Then I felt my body going into a state of 'panic', like 'Ok, something's happening that is not normal!' Kind of like a red alarm going off inside. Physically it felt like I was going to have my period, that sinking feeling in the pelvis that feels like things are going to be pushed out and released. The cramping worsened, I started to feel extremely faint like I was going to pass out and things no longer felt like 'they were going to pass', like I just need to 'wait it out'. They felt as though my body was in a state of emergency and I may be needing a trip to the hospital.

While all these physical symptoms were going on, I was doing what I usually do whenever I'm experiencing any pain, discomfort or strange experience in my belly. I check the resonance, or in other words I check the link between the physical and the mind. And here I have a few check points that I go through to determine whether it is me or the baby and then what the actual point is that's causing the physical discomfort. And a point that came through very strongly in the baby's resonance was that he 'wanted out!'. That, with looking at all of what I have been going through in my personal life, the emotions that's been bringing up, and looking at what that will mean in terms of the environment he's going to be born into, he's opting to rather evacuate right now. And I can't say that I could disagree with how he was seeing things. That, sure yes I was 'busy changing' and 'working on' all the issues he was seeing, but unfortunately for me, 'just not fast enough'. That there is such a point as 'too late'. His decision was made, he's not waiting for me any longer.

So as I was mentally preparing myself for a possible miscarriage, I thought 'Ok, well maybe this isn't necessarily how it needs to be, and maybe there's a point here that I can address with QCK', because I've learned by now that you wouldn't believe how many experiences and ways of seeing things - that, sure, feel very 'real' in the moment - are actually systems in the mind and can be 'deprogrammed'. You're just not aware of the mechanics behind 'why' you feel and see things the way you do and so will accept it as 'real'. With a QCK session those mechanics become exposed and so you're able to more easily let things go or work through them.

Now, a session goes as follows: I will do a lot of 'checking' and cross-referencing points. Like in this case I checked obviously, 'Ok, is this actually a mind-system the baby and me is accessing or is this a real thing?' This cross-referenced as 'yes, it's a mind-system'. Now the interesting thing as well as we go through a session, with each check-point so to speak, is that there is a 'release' that happens. Some of the tension that's been built up emotionally/mentally within the mind-system will relax and release each time a particular layer of it has been identified and realized. For instance, just with realizing that 'Ok, this isn't actually real, it's a mind-system that I can address, direct and change', already removed some of the stress or sense of 'urgency' of the overall experience. The next checkpoint is then of course 'well, what mind-system are we dealing with here?'

Here is where I work with a lot of information that I've developed over the years with Andrea Rossouw, and is something we're able to use as our blueprint in navigating the mind in a session. It's a way of organizing the jumble of whatever we are going through inside into comprehensible terminology that allows us to see clearly and work with the different components of how the mind operates (and makes things seem so 'real' when they're actually not). I suppose you could say it helps 'place things into perspective'.

The mind-system that cross-referenced here was a personality design of being 'grim'. Grim as in, perceiving and seeing the world in a particularly gloomy, dark, pessimistic and overall negative way. So in short, the baby was actually accessing this personality design, which he'd copied from me, and was deciding that he 'wanted out' because - being in this personality design - he could not see any potential, possibility, hope or opportunity for things to get better, to change and be good. He was seeing his world in the worst possible way and so his conclusion or 'solution' was the worst possible option. So realizing this as a personality design wasn't just a learning-lesson for the baby, but also for me, since I'd been wholeheartedly agreeing with everything he was seeing and deciding throughout the whole thing. I too was living this personality design of being quite grim in how I tend to perceive things. Assuming the worst, rather than creating and allowing space for things to turn out good. This was another moment of 'release', with realizing 'oooh ok, so I'm not actually seeing reality but more an interpretation or perception of it based on some deeper programming that's causing me to see the worst in things'.

From here the session went into this 'deeper programming', which lasted all throughout the evening, as well as the next few days to really get to the bottom of the thing. As in, where does this one 'perception/interpretation' of reality, this one pattern and tendency of being 'grim', originate from? Throughout it all, using my body, and whatever cramps/discomforts were still there, as a cross-reference and a guide to let me know there's still more to look at. Until the last layer had been uncovered and the body felt settled, present and comfortable. In these kind of sessions we really venture into places that have been 'locked away' in different layers of our awareness, so yes it can take a while to open up all of those 'locked doors' as we sink deeper and deeper into ourselves. This one took me on a ride, not just through my own sub- and unconscious mind, but also my partner's - the baby's father - which was all forming part of the baby's already programmed 'mindset'.

Suffice to say that pregnancy has definitely had it's 'surprises' for me so far, in terms of opening up so much more for me in my ability to work with QCK. It hasn't all just been due to being pregnant, I've also just been working with myself a lot more, working with Joe Kou as a life coach, and just cranking my own process up a notch. All that, and having this 'extra perspective' through the baby has added to developing an extreme depth, compared to what I was working with before, as I work with myself and other people in QCK sessions. Absolutely fascinating stuff. So that's all for this 'adventure'. If this is all wild and bizarre to you, that's normal lol. We're not used to working on this level, with resonance, mind programming and the mind and body relationship. This all only opened up and started for me because I've been walking with Desteni and have been walking my Desteni 'I' Process for such a long time. In a way seeing the 'fabric of the universe' as resonance.

I do QCK sessions, not for the faint-hearted, where I take you down deep into your programming and where we have a look at what's at the origin of whatever you're dealing with. Come check me out at Space of Grace, or find me on Facebook. I invite and welcome conversations and questions to better understand all this stuff. Or any inquiries about QCK sessions, resonance, mind-body relationship or mind programming, don't hesitate to send my way.

Posted by Kim Amourette at 7:51 PM