From Relationship to Agreement 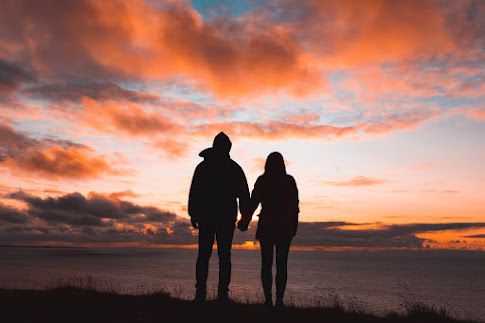 This is quite an interesting blog written by Kim Kline, called "Relationships as religion" and well worth a read as her experiences mirror my own. I've been walking a similar path as of late, walking a relationship into an agreement. In fact, I had my relationship fail first before it was able, or rather before I was able to consider it could also be something different. Something more supportive for me as an individual, rather than something that would have me compromise myself.

In fact my relationship failed because I was so indoctrinated and obsessed with the religion of it. Using it as the 'rock' that hides and suppresses my deep, hidden fears. I was not supporting myself. My real self. Who I am as an individual. I more defined myself by the relationship. By my fear of losing it in my life. Fear of what I may face and experience within myself if I lost this 'rock'. And the indoctrination was so deep that I had to lose it, to realize there is still a 'self' without the relationship, and that that self needs to be honored a lot more than I had been. It was only fitting for my relationship to fail so that I may see and realize I had not been honoring what's best for me. I had not been listening to myself, or expressing myself. I was living for some 'God' or some 'idea' of what's more important than me, being my 'relationship'. Something I believed I could not live without.

All of my perfect ideas and ideals around relationships needed to end so that I could realize that what I had been believing in all this time had been a lie, and so that I could finally start placing myself first as 'God'. Having some self-respect, some self-integrity, self-honor and self-consideration.

It was only because life took an unexpected turn of events, that my (ex)-partner and I came back together to form an agreement. This time both of us with open eyes, not 'falling' into anything, not out of feelings of 'love' or beliefs about being 'meant for each other' or even a desire to be together. But simply an agreement that we'll be two individuals who walk together in the physical and who will honor themselves and stand in support of honoring that individuality.

It is still challenging, because the desire to be in a relationship will still come up. The familiar tendency to want that 'rock' to be there to conveniently hide all of my fears under, and any of the unpleasant and uncomfortable experiences I've come to associate with 'being alone'. But, as Kim Kline stated in her blog, and as I've also realized, I am not alone. Yes I am responsible for me, I am an individual, I do not need a relationship, but just because there is no relationship, doesn't mean there is 'aloneness'. In fact I've found that within an agreement there is more togetherness, because now I get to be unapologetically me. I get to share me as I am. I don't need to hide anything, which I realized I was actually doing quite a lot while in a relationship. In fact, being in a relationship made me feel much more alone than being in an agreement. I just never realized how much until I stepped out of the relationship and suddenly felt a sense of freedom.

Posted by Kim Amourette at 4:09 PM