The Internal War of Manipulation 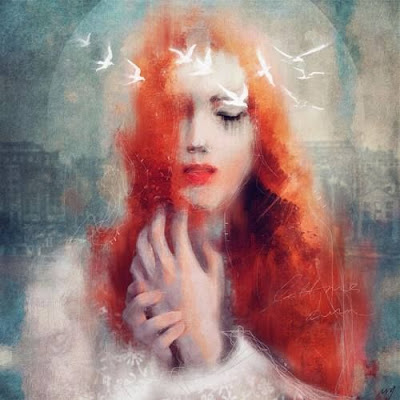 This is a continuation of my previous post "I don't Understand it, therefore it isn't Real"


If I had a 'middle name', it would probably be something like 'inner turmoil' lol. Just feeling kind of 'trapped' and 'lost' in my own inner 'experiences'. And I always assumed it must be because maybe I just 'don't love myself' or maybe even 'hate myself', because lots of these inner experiences were quite emotionally charged. Lots of despair, sadness, depression, lostness, powerlessness, resistance and so on.

And as a result I just overall didn't seem like a very 'stable' kind of person. Being prone to making decisions I'd later regret or feel ashamed about, easily feeling 'overwhelmed' by 'how I FEEL' and going into high ups and downs of feelings and emotions. I suppose you could also call it 'not having a backbone', being 'spineless', 'not having character'. But what it is, is basically living according to feelings and emotions, rather than living based on principles and common sense.

And that's something that goes back all the way to childhood. How I was 'raised' and how I learned to 'be' by example of my parents. My parents were people who didn't actually communicate much. Not with words anyways lol. They 'communicated' through emotions and feelings. And that's something that went back all the way to their childhood as well. Where, they never learned how to EXPRESS themselves. How to communicate who they are and what they want, through WORDS. Because their parents also didn't provide the space for it. It was more a type of 'be quiet and just do what you're told' kind of upbringing. So when you cannot express yourself in WORDS, you tend to find different ways of expressing yourself - of 'communicating' with your environment in a way that may more or less get you the things you want.

You learn to get what you want without being direct and straightforward about it. It's called 'manipulation' lol. And that's where your emotions and feelings come in. They come in when you realize as a child that the main motivating factor behind your parents' decisions, is their feelings and emotions. Where they place a lot of trust in how they FEEL. They don't necessarily care about 'what's best' and they don't necessarily 'feel like' investigating or asking themselves what would be the best thing to do for the child. Doesn't mean they're 'bad' either! It just means that when it comes to making decisions, there isn't much 'self-questioning' involved. More an acceptance that, 'if it feels right, it must be right'.

The 'problem' comes in when you yourself grow up into 'adulthood'. Because the mind does a fascinating thing where it creates these 'layers'. That's why when you think back on your childhood, you see the memories more like you're watching a movie. There's a separation there. Why the 'adult you' feels so different and disconnected from the 'child you'. And why, if you were to look at these different 'stages' or 'phases' of your life, it's almost as though they exist in total isolation from each other. As though your 'growing up' almost happened at the flick of a switch. Like, *flicks switch*, 'oh you're in puberty now', *flicks switch*, 'oh now you're an adult'. And your memories of 'back when you were a teenager' almost feel like you're talking about a person that isn't 'you'. Let alone when you think back on 'when you were a child'.

So you tend to 'forget' that way back when you were a child, 'emotions' and 'feelings' wasn't something that 'just came naturally'. That you haven't always been this way. That these emotions and feelings inside you are more a consequence of poor 'child-rearing' that goes back generations. Where, somewhere along the line, maybe people went through something really traumatic, like war for example, which creates a real PHYSICAL instability, lostness and chaos. And something like that can have a great impact on the internal experience of a person. Of just people becoming more intensely afraid, emotional and reactive. I mean, war changes people. It causes people to become more isolated within themselves, more 'withdrawn'. They just don't feel 'safe' anymore to live and relax and express.

I mean, I can see how that can lead to a diminishment in actual verbal communication, and would cultivate a more emotionally reactive human. If I'd have to try and 'trace back' where this misalignment in raising children more based on feelings and emotions rather than principles and common sense may have occurred. And why it is perhaps that my parents, and their parents before them, are not used to communicating much and are rather more withdrawn, shy and reserved.

In a sense I guess you could even say that 'emotional manipulation' is a consequence and result of 'war', just like how FBI/CIA type operations are also a result of war. Where things become more 'covert', more 'hidden'. Within 'Central Intelligence Agencies', that are designed to essentially 'manipulate'. Because people are so traumatized by war that they become 'introverted' or 'inverted'. They hide things, cause they don't feel 'safe' anymore. There's no more openness, no more freedom and no more trust. And so we all end up manipulating each other. We all learn to hide and not trust each other. Because there's no 'open communication'.

So I mean, we were fucked from the start. We never stood a chance. Maybe at some point in this world, human beings raised their children based on principles and common sense. But war and trauma over time have eroded that. Where now, all you are born into is manipulation as emotions and feelings. And maybe there are still beings in this world who do raise their children through open communication, common sense and principles. But I'd say that war has influenced my generational lineage and has in a way 'broken' us as humans. And so I grew up knowing ONLY manipulation as emotions and feelings. And never even considered that there could be another way.

I was STILL, in my life, living out the war that my ancestors went through, as experiences of instability, lostness and chaos. Living out an 'internal war' of feeling destabilized and lost within emotions and feelings. Never realizing or seeing or understanding that this whole 'I don't accept myself' or 'I don't love myself' is more just a problem of defining myself according to emotions and feelings, than having to do with actual self-acceptance or self-love. And more importantly, it's a consequence of having FORGOTTEN that all these emotions and feelings inside of me are things I just cultivated when I was little to try and speak my parents' language so that I could get what I wanted from them. I just went into 'forgetfulness' and at some point started believing that it is 'me'. Just like my parents did I guess.