Becoming aware of my ANGER 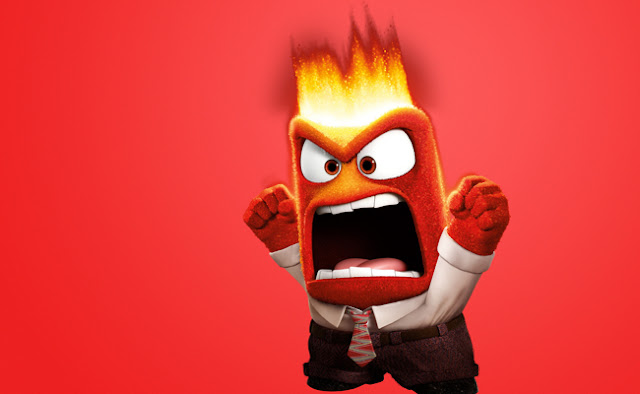 This is a continuation of my previous post "Living Balance"


The hate came out particularly nasty when I became a teenager. I became a little hateful, judgmental demon. And in my early adolescence it just became more and more compounded within me. The absolute HATE of EVERYONE. Just a ball of hate I was. An interesting thing then happened into early adulthood, in that I became more POSITIVE. And suppressed all the hate that was really there and had been there since almost the beginning. Suddenly I ‘care’ about people and about relationships and suddenly things are ‘positive’. Which has been the greatest deception ever because lo and behold, the HATE is still actually all there – just on dimensions and levels within myself that are hidden from my immediate awareness.


But that hate, actually originated within FEAR. From the fact that I was dealing with massive, intense and incredible amounts of fear within myself, which I didn’t know what to do with. Fear and disempowerment, a lot of it, on such deep levels. Hate was just a particular energy that seemed to allow me to take ALL that fear and disempowerment inside myself and sort of channel or compensate or transform it into something that I could ‘control’, in a way. Something I could direct like arrows and bullets, towards other people, and to myself. It made me feel like I had a sense of ‘power’, rather than just feeling disempowered and afraid all the time.


I mean obviously this is what then caused a great problem. This ‘illusion of power’.  This REACTING to fear with HATE, rather than RESPONDING to it with self-honesty. Since, HATE is now the manifested problem in this physical world and reality. HATE is the human condition. This desire to destroy and attack and abuse and diminish through real-hate-I-on-ships. This taking out our ‘frustrations’ onto one another. Because deep down we actually feel extremely fearful and diminished and disempowered and small but don’t know how to deal with our fears effectively so we take the ‘easy route’ into REACTIONS, like anger and hate.


While, what we should be doing is turning inward and just being real and honest with ourselves about what we’re ACTUALLY going through, no matter how overwhelming or lost or confused we may be feeling. Showing ourselves some LOVE lol. As in some attention and support and care, urging ourselves to open up about what’s going on inside instead of suppressing it all just cause we think it’s too much. Allowing ourselves to stand in and as the fear and the confusion and overwhelmedness. And saying to ourselves “it’s OK. I’m here. It’s alright that you’re going through this. We’ll find a way through.”


And to at least, when we do go into reactions of anger or hate, see them as flag points to urge ourselves to, instead of lashing out, look inward to the point of fear and disempowerment it’s originating from, to work on releasing the source of the problem and so actually live a solution, rather than living in suppression and making everything worse. Cause at the end of the day, even though it may seem like a ‘quick fix’ or a ‘quick route’ to ‘power’, and a way to ‘deal with’ fear and disempowerment, anger and hate is NOT a solution. We need to start taking the difficult route of self-honesty and self-responsibility. Cause we will literally self-destruct if we don’t.
Posted by Kim Amourette at 9:27 PM