The ONE person your mind is built around 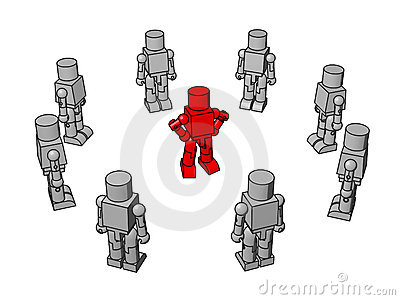 I remember that I believe it was Jack who once said that your mind is essentially sort of built around just one person, and that if you can let go of the relationship with that one person then you'll essentially let go of your entire mind consciousness system. And that it won't be the person you'd suspect.

So when I looked into this point, I realized that there was actually someone when I was very young and in my first years of school. She was a nun who was in charge of the playground and the lunch room and the after school daycare sort of thing. And she was MEAN lol. Like she oftentimes seemed to just really enjoy punishing children and embarrassing them and she could just get so pissed and just mean. And I did have the feeling that she just didn't like me specifically very much. That there was something about me that she just 'didn't like' or maybe even 'couldnt stand'.

And that 'thing about me' from what I can tell looking back, was that I was kind of a very 'expressive' child. In that, when I got excited, I couldnt really contain my joy and excitement. I didn't have much 'boundaries' or 'shame' about me lol. And for her, being a nun, I can imagine why and how that particular expression wouldn't have sat well with her. As in I would have represented everything that she had learned to suppress within herself. In terms of for instance sexuality, having that freedom of self-expression, of expressing without boundaries and shame. Cause after all, isn't religion all about sexual suppression and just the suppression of your whole self underneath all these moralities and rules and beliefs and shit? Cause you're basically living for the afterlife and you're supposed to not actually live while you're actually alive, so that you can get into the afterlife... or something like that.

Anyways, even though at first glance she didn't seem to have played that big of a role in my life, since she wasn't really part of my 'primary' environment and relationships, she did actually imprint within me quite a bit. In that, I can see how it was in relation to her, and as a result of noticing her reactions to me, that I started to suppress that 'free and wild expression' and started to feel like I should feel ashamed about it and should not be expressing myself in that way.

And that I then, from that relationship, essentially developed an entire mind as personality designs around the 'suppression of my expression', which has been what my mind is essentially about. Like the sort of 'core design' of my mind system. The suppression of my self-expression, and most specifically related to sex and sexuality. Just a whole bunch of suppression lol.

So it's just interesting, this particular design of having this one person in your life, whom you're not even necessarily related to or have developed any particular relationship with, but who has basically primarily and almost single-handedly contributed to you developing a particular mind consciousness system and becoming something and someone that is like the farthest away from who you really are lol. I mean, go figure.

And an important question in all this is as well: How and why is it that I could go from being absolute freedom and boundlessness of expression to absolute suppression?? Like, what was it about that one relationship with that one person, where let's be honest I didn't even really create that much of a relationship with them, that could 'hook' into me to that extent that it would essentially make me abandon all of who I really am?

And I mean for me the point I'm seeing is 'fear' and 'authority'. In that I was pretty afraid of her and did perceive her to have quite the authority over me, and so did care about her 'opinion' of me since it was very much connected to my survival lol. Cause like, if she didn't like you, she could make your life hell. And I really didn't feel like getting humiliated in front of the entire school and having her wrath come down upon me like that. But then, maybe I should have just been OK with that, and should have just embraced it, placing who I really am first, before this fear of her 'authority'. And so expressing and being and honoring myself no matter what.

I mean clearly I just didn't care all that much about who I really am, or value myself all that much, if I so easily just suppressed myself, all for FEAR. I mean, what abandonment of myself. Which, in itself, was also already preprogrammed in a way in terms of the relationship to 'fear' that I had already come to develop even earlier on in my life. Don't you just love the mind??!

Posted by Kim Amourette at 1:27 PM