The Origin of Stupidity 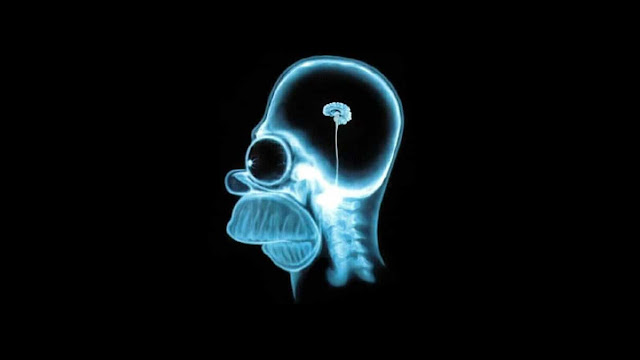 I’ve always had issues with ‘comprehension’. Always felt like I need a lot more time than other people to really process information and come to conclusions and understand things. Conversations always feel as though they move too fast for me and as though I don’t have enough time to think to answer questions or respond to people. Most of the time I just feel very pressured to ‘keep up’ and basically not let it show that my brain just doesn’t work as fast as other people’s does, and that I’m a bit ‘slower’.

And so because I’m always trying my best to just ‘keep up’ with the ‘game’, I just never gave myself the time that I actually need to process things, to understand things, to develop my own insights and ‘opinions’. To have my own point of view and make up my mind about things. Mostly because I always judged myself for being ‘slow’ and ‘not being intelligent’. For being ‘stupid’. Which thus only just ended up keeping me ‘stupid’.

This judgment I copied from my mother who judged her mother, who was actually just like me. Or me just like her. In that she also seemed somewhat ‘slower’ in her comprehension skills. Not quite as ‘on the ball’ within conversations  and more ‘stuck’ within limited belief systems and ways of perceiving things, and kind of ‘oblivious’. She seemed apparently a bit more ‘stupid’ than most people. And that’s how I always perceived it as well. Dismissing my grandmother’s expression  as ‘oh, she’s just kinda stupid’, and then existing in fear of being perceived and judged and dismissed in the same way, because I know that the same kind of programming actually exists in me. So I’d just try to hide it as much as I can and try not to appear as what I know I am – ‘stupid’.

However not ever understanding that the only real ‘stupid’ thing about all of it, is my judgment of that ‘stupidity’ and the fact that I never realized or considered that it’s just programming. That this ‘stupidity’ that existed in my grandmother and in myself, and I’m sure in my mother on some level as well, is the result and consequence of mind consciousness system programming passed down through generations. The result of for instance just extensive and intense amounts of fear compounded within the mind, due to traumatic shit happening. Like, wartime shit.

Where the ‘stupidity’ is more like being ‘stupified’ with fear. Existing in so much overwhelming and extreme amounts of fear that you just sort of can’t handle it. That you can’t ‘function’ and ‘operate’ effectively, cause the fear just gets in the way all the time. I mean, that’s a lot more ‘serious’ than just calling someone ‘stupid’, as a judgment. And it just shows how easy it is to ‘judge’ something – some behavior or expression – yet how much we really miss and dismiss and disregard about the reality of what we’re judging.

So essentially, I need to first and foremost allow myself to be SLOW. To stop putting all this pressure on myself to ‘keep up with other people’, and take it as slow as I need to. I need to in other words be more CONSIDERATE with myself and with my actual capacity. And sure, maybe that capacity might be a bit more ‘diminished’ than other people’s, when it comes to seeing and understanding and comprehending things. But that’s alright, because it is simply a CONSEQUENCE of generational mind consciousness system programming. So instead of comparing myself to others and judging myself, I need to recognize and consider who and what and how I am, and ‘work with what I got’.

And be intelliGENT, as in approach things with GENTLENESS, rather than judgment and comparison. Be more ‘sensible’ and ‘sensitive’ to what’s actually needed and required, in terms of what would actually be of support, and to the fact that not everybody is the same. That we all have different programming, which goes back generations upon generations, and therefore we all have different capacities and capabilities and skills. And within that, we are all equal and one. Very different, yet equal and one the result and consequence of programming.