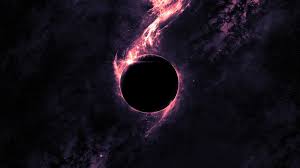 You know when Bernard was all like, “something, something, ‘nothingness’” and he was basically saying how at some point in your process you’ll arrive at a point of ‘nothingness’ and that’s where you’ll start creating yourself, or something along those lines?

I mean, I arrived at ‘a’ point of ‘nothingness’ lol but I don’t know if that’s what he meant as somehow I always imagined it to be more… glamorous lol. The ‘nothingness’ that I arrived at was more sort of a programming of like, essentially ‘what’s left’ when you strip away all of the programming of the mind. Which is this core experience that ‘I am nothing’, but ‘nothing’ more being defined as like ‘worthless’ and ‘empty’ and ‘without any value’. Where then the mind’s programming is like a looking for value to in a way almost ‘fill myself up’. And have ‘something’ where there is ‘nothing’.

So the word ‘nothing’ is a programming of the mind as perhaps the ‘blank slate’ which they refer to in psychology in terms of what you are when you’re born in this world. Just a ‘blank slate’ ready to be written on and filled with a whole bunch of shit. But mostly it’s the programming of perceiving your ‘deep inner self’, your who and what you are at your ‘core’, to be ‘inferior’ and of lesser value than this world you’ve been born into. Because, this world, is apparently EVERYTHING, while inside you, there is NOTHING. And EVERYTHING is apparently better than NOTHING.

So that ‘nothingness’ that Bernard was referring to, the way I see it, is more just another preprogramming that must be redefined. From ‘nothingness’ as having that negative energy charge where you just feel this emptiness and like a vast purposelessness and aimlessness, like it’s this vacuum that you’re being sucked into – to nothingness as a platform for self-creation.

And to redefine the word NOTHING, I actually had a look at the programming existent within the very letters of the word. Because there was just something about the experience and programming of this word within and as me that felt like somehow it wasn’t going to be as easy as just finding the definition of the word. It felt like I needed to go ‘deeper’, into the ‘core design’ of the very word.

So first I had a look at, how each individual letter resonates within me and what it triggers in terms of my mind. How each letter is in other words a sort of ‘symbol’ within the mind that represents a particular programming, where all these individual letters as symbols together then constitute the overall ‘programming’ in and of the word NOTHING. The sort of deeper points of acceptance and agreement of separation, as captured and represented within the symbolism of the letters.

And from the perspective of the mind, each letter does represent some type of separation. A way in which my ‘self’ is thwarted and compromised and separated from itself. But the thing is that you can also redefine each letter and place it in the context of life and then each letter can actually also represent a ‘solution’. A way in which my ‘self’ can exist in the context of self-support. And ultimately a way in which the word NOTHING can then stand as a platform of self-support.
Posted by Kim Amourette at 1:39 PM