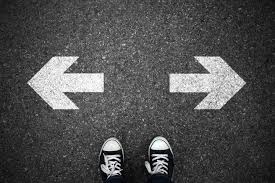 So assertiveness to me is to in every moment be who I know is my best self. Or rather my actual self. Because I do actually know deep down that when it comes to the mind in terms of thoughts, feelings and emotions and behavior, that it’s not who I really am. And that is why my whole life I have always been in a battle against my mind. Because I knew that the mind is just not ‘honorable’. I could see that all the reactions that come up in me from moment to moment and the thoughts and experiences and sometimes behavior, is just not worthy of respect basically. It’s like an inferior way of living and existing. And so I would always be in a battle with myself as the mind because I knew I wasn’t being my ‘best self’ internally or that I wasn’t even being a ‘decent being’ actually. Because the mind is just overall not anything of honesty or integrity. The mind is just reactions and reactive. It’s secrets and deception and separation.

Overall the mind makes the human being dishonerable and just not live in a way that is ‘decent’. So I did always see that the mind isn’t and cannot be the ‘real me’ cause it’s just not ‘worthy’ of life. But at the same time I never directed the mind. I never had solutions in place. I never ‘took charge’ of the mind. I rather just allowed it to exist, while trying my best to ‘fight’ it and battle it as I tried not to ‘be’ it. Always existing in this battle of just not really knowing what to do with it, and what to do with myself as it. Cause obviously it is inferior and unworthy so it can’t actually exist. But at the same time it’s all that I could see of ‘me’ and I just didn’t see what else to be or do, other than maybe try to suppress myself as much as I can, to at least keep myself from doing as little ‘harm’ as possible. Because, to exist in and as the mind, is to do ‘harm’.

I never recognized that I do actually have the ability to just decide in every moment who and how to be INSTEAD of the mind. Because, while yes, there is the mind that comes up as reactions and thoughts and nastiness and shit, there is actually also a ‘potential’, as the point of who I really am as life. What would be ‘best’ in other words. There’s always the ‘worst’ as the mind, but also the ‘best’ as who I am as life. It just takes effort and it takes me being assertive and stand up and lead myself, to be what’s ‘best’ and to be ‘the real me’. It takes me standing one and equal with the mind and realizing that just like I’ve been allowing the mind to decide who I am, I have the ability to decide to not be the mind, and to actually be what I in that moment see is my ‘best self’.

That’s the point of assertiveness. In a way it is to no longer be ‘lazy’. To no longer just ‘allow’ the mind to define me and give my power away to it, but to stand as the ‘creator’. Essentially realizing that who or whatever created the mind, I stand one and equal with them. It’s just that I never took responsibility for myself as ‘the creator’ of myself and so just allowed something or someone else to be and become that. Just because they did move themselves, and direct themselves. And they did DECIDE that they wanted to create something. Granted, whatever they created was a system of slavery and inferiority and certainly not in honor of life. But, they did CREATE something. They created the programming of the mind. And me, I just accepted and allowed it within and as me, because I did not take responsibility and I did not direct myself or reality. Even though I was always equally able to.

Really, all I ever needed to do was just DECIDE what’s best over what’s not. Because the possibility has always been here. I have always actually seen it and been aware of what’s best. I’ve just never taken that step of simply DECIDING that it is who I really am and deciding to live it. I mean if anything, the mind just presents a choice. Who do I choose to be. And even though I’ve always ‘battled’ the mind, I have still been allowing it and I have still been agreeing to it – because simply I wasn’t just CHOOSING and DECIDING to actually live differently and to be different. I just gave my power away to the mind, willingly – essentially actually ‘choosing’ the mind. Because, if you don’t stand up and sort of ‘take a stand’ and be specific about ‘where you stand’, you are basically agreeing to whatever you’re allowing to decide for you and then that actually becomes who you ‘choose’ to be.

There is no such thing as NOT choosing. You are always choosing, either through your action or inaction. So, ‘assertiveness’ is to really ‘take charge’ essentially of all the ‘mind points’ that I’ve always just ‘given my power away to’, and DECIDE to rather live words. To rather live my own ‘programming’ as living words as what is best. Because that’s all that the mind is. It’s programming. And, because I have always been too lazy to understand the programming, let alone create my own programming, I’ve always perceived it as somehow more or bigger than myself – and perceived myself as ‘just a slave to it’. When really all it actually was, was my own accepted and allowed laziness. My unwillingness to ‘take charge’ and ‘be the directive principle’ and ‘be a leader’ and ‘take responsibility’. I rather wanted to BE directed so I went along with whatever programming was already here for me to simply step into and live, even though maybe on a deeper level inside myself I didn’t actually agree to it and did realize that it isn’t who I really in fact am. I saw that it was an inferior version of me that I was living. And yet, I did not care enough to actually live something different. Because it would have been easy, to just DECIDE to live differently from what this programming suggests.

Cause at the end of the day it’s just ‘suggestions’, the mind. It’s like, ‘hey do you want to react to this with this emotion?’ or, ‘hey do you want to have this spiteful thought about that person and react to them?’. All I needed to do was give myself different ‘suggestions’ – different ‘instructions’. Just live what’s best in every moment. Stop ‘battling’ the mind and just start living the ‘programming’ of life as best for all in every moment. It’s always HERE. I always have access to it. I always see it. That ‘best version of myself’.
Posted by Kim Amourette at 4:39 PM