I Don't Want to See! 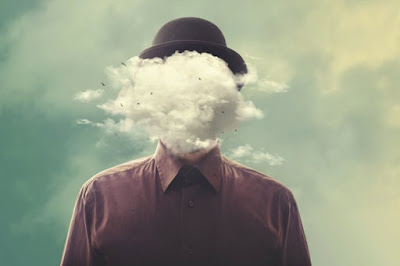 This is a continuation of my previous post "Get Out of your Head!"

In a way I’ve always been very aware that there’s a lot more to me than just this world and reality. Aware of my ‘self-honesty’ in a way. That really, I am an existential being who has been existing in an illusion and has lost themselves. And that all this ‘programming’ – all the things I perceive, believe, experience, think, etcetera, is not actually real. And that the reality of who I am may not necessarily be something I’d like to see.

But instead of confronting and facing this awareness and embracing my self-honesty, I chose to do my best to lose myself into the illusion. Even though I did know deep down that it’s really all not real. I figured that whatever is there for me to face if I embraced my self-honesty, is probably not something I’d like to face and might be painful, so I made the decision that I just don’t want to see any of it. That no matter what, I’m going to lose myself in this illusion and choose to be ‘blind’ to the awareness inside of myself.

And that decision has always been so solid that it’s taken me ten or more years to get me to this simple point of simply facing what’s been there all along and what I’ve known I had to face all along. I mean yes throughout those ten years, with having walked my ‘process’ I’ve developed myself more. I’ve developed common sense, and principles and understanding. But yeah at the end of the day in terms of sort of really standing in and as the point of self-honesty all I needed to do was just be real with myself and stop hiding behind fear of what I might ‘see’ if I looked inside of me.

It’s where you stand in front of ‘God’ or whatever decides those kind of things, and depending on the things you did, you get ‘judged’ worthy or unworthy of heaven. And if you’re judged unworthy, well, to hell with you then. So I mean, that’s some scary shit. So the fear of facing myself was more like the fear of being ‘doomed’. Fear of ‘damnation’, because of ‘the things I did’. Not realizing that the whole idea of ‘damnation’ is just programming. Well, I mean I suppose damnation can be a real thing. Like within living that decision of ‘I will never face myself!’, I’m effectively dooming myself.

Cause damnation is the absence of forgiveness. It’s the idea that ‘you are DEFINED by your mistakes!’. That there’s no such thing as self-development, self-realization or self-change. I mean what a great method and tool of suppression though. To have beings never realize their potential for self-creation, which includes learning from your mistakes and changing your flaws or weaknesses into strengths. To have them always existing in fear of being judged for every little ‘mistake’ and so suppress themselves to try and avoid that judgment and the apparent 'hell' that comes with it. My hat off to you Anu. You got me good.