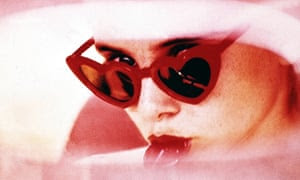 This is a continuation of my previous post "Corona"

Why is it that we seem to have such a hard time seeing SEX as ‘not a big deal’? Throughout human history there’s always been either a complete suppression of it, or an obsession with it. It’s never been just ‘whatever’. Cause at the end of the day that is what sex is and what the ‘placement’ of sex is, it’s ‘whatever’. Like sure it’s nice and yeah it allows you to make babies, but other than that it’s not all that ‘useful’. In terms of for example creating a world that’s best for all.

And yet we treat it as if it is the single most fascinating and important thing in the universe. As if it holds the key to EVERYTHING. Like on the one hand it’s so mysterious and hidden and secret and on the other hand at the same time it is everywhere, in everything we do. So surely it MUST be the key somehow to our very existence.

And it is in a way. But only in the way that we’ve been DUPED. That all this time, ‘sex’ has been programmed in and as the mind to be our single biggest distraction. Through this polarity of SUPPRESSION and OBSESSION. The polarity of on the one hand ‘no you can’t!’ and on the other hand ‘oh but you must!’. A polarity wherein we have never simply accepted sex to be just ‘here’. Just ‘normal’. Just ‘whatever’. Just sort of part of what’s here. And really, not all that special at all.

We’ve never seen it for what it is. A point of enjoyment and expression. But certainly not anything we should be making a big deal about. Cause have a look even at the experience of nervousness, of discomfort, at saying the word ‘sex’ or talking about anything related to it. All the reactions coming from this deeper programming of it within our mind. Look at the fact that we NEVER talk about it, but it’s what actually ‘stimulates’ our mind the most.

Sex has been the mind’s most effective way to ensure that we never truly focus on things that REALLY matter, as this world and reality, but that we remain slaves to energy inside the mind. Oh yes, we’ve been had. Cause I mean, what would it take for us to give up on our obsession with sex? Is humanity even ready to talk openly about it and to let go of that polarity around it? To accept it as just something that’s normal and start focusing on things that really matter in this world?
Posted by Kim Amourette at 1:43 PM