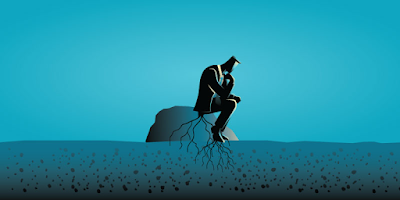 Laziness is the suppressed version of self-judgment. So - find the self-judgment, set yourself free from the judgment itself and then you won't need laziness to hide in. Remember, that - the desire that forced you into judgment, and eventual laziness is still your master. Don't judge your master - serve your master, until you are equal to your master and then decide to direct you.


I couldn't make sense of this quote at first. But I knew that laziness has been a big part of my life so I knew that it must apply to me somehow. It's only now, after realizing that I was in fact still very much living that laziness - although I believed I wasn't - that I am understanding what this quote is actually saying and how it applies to me.

Laziness is when there is something that you're not entirely wanting to let go of. A desire you're trying to protect and 'hold on to'. But at the same time you're not being honest with yourself about the fact that you are still holding on to it - so it becomes a point of self-judgment within you. And the self-judgment becomes a self-suppression. Because, you're hiding a part of you, from yourself.

So in a way you start living a 'half-life', since you're only partly 'here'. That suppressed part of you becomes like an anchor that weighs and drags you down. But it's invisible. You're not even noticing that there's something holding you back. I mean you do, but you also don't. You do kind of sense that there's something 'wrong'. There's just 'something', but you can't put your finger on it.

To 'cut through' or 'hack' this laziness point, you just need to pretty much 'come clean' about the point of desire that you've been unwilling to let go of. Be real with yourself that you have not been taking responsibility for a specific part of you because, you simply have not been wanting to. Recognize and see that this point of desire has been and is your 'master'. Maybe it's just a really seriously intense desire and maybe that means that it's going to be a bit more difficult to transcend it. And you may not see how or be able to, at this moment, 'just let go of it'. And that's actually fine. Just for now admit and realize that this desire is your 'master' and that you must serve it. Until you stand equal to it. As in, until it no longer influences you and you are able to move freely without it being there to hold you back.

Being honest with self is always the first - and most important - step towards transcendence.
Posted by Kim Amourette at 1:38 PM