LIFE in the DARKNESS 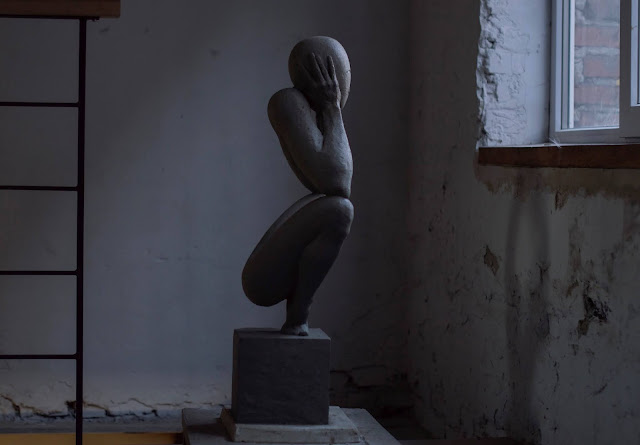 So these two moles on my arm that I am having checked out. When I look into it for myself in terms of what is there, I can see that there is a 'system' there. A 'deep' system, of lots of anger and disempowerment. Anger at feeling disempowered. And it's become this 'personality design' within and as me. Something that exists on that 'deeper level' that's always sort of there but that I haven't been able to quite pinpoint, because it's always been so much just 'me'.

And I mean with seeing the extent of this system, it wouldn't surprise me that it turns out to be cancer lol. I mean there is just a LOT of anger there. A lot of suppressed anger, and even almost this point of having decided that I am going to die, in a way. Like just because I am so angry, there is a decision there that I'm just going to die or something. Die out of spite, basically. Not that I've ever been 'suicidal' in that sense, or have had thoughts of wanting to die in any way. The anger is more like I feel so angry, so seething and furiated, because of feeling SO disempowered, that it feels as though my only point of 'power' has been that one 'decision' of 'ok then I will just die'. To take the anger out on myself within the decision that I'm going to die.  That I will hold myself in the point of anger as though I am actually already dead. Already not really living. Already living the point of 'death'.

Enveloped by darkness, standing in a point of 'nothingness' and 'emptiness'. Because everything else about this world and reality scares me and makes me feel disempowered. And I don't really know how to live and exist in this world without feeling that way. And it angers me. Quite a lot, evidently. I just haven't been very aware of the anger there. I've been aware of the fear, yes. Of all the insecurity and the feeling disempowered. That, I am always aware of. But then anger I am only now becoming aware of. So maybe from that perspective it is specific that I am now having these moles checked out, for me to start really becoming aware of the programming and systems connected with them. Being just lots of FEAR and ANGER.

For me to start assisting and supporting myself to change this personality design, because clearly it is not best for me. It's always made me feel as though I am not really 'here' in this world. Always in some form of inner conflict. Like, I can see this world with my eyes, but on the inside I cannot relate and cannot connect and feel as though in a sense I am already dead. Like here's no real life in me to connect with the 'life' that I am seeing in and as this world.  I have been existing in this world, but have never actually lived. I have existed in and as death. And within that essentially living the decision that I'm probably going to have an early death.

Because to tell the truth, death has felt like a sort of 'comfort' to me lol. At least I am realizing now. As in the point of 'death', of emptiness, darkness and nothingness has been the only thing that has in any way felt 'stable' to me. Something that I can 'control'. Something that doesn't scare me necessarily, that doesn't trigger fear and disempowerment within me. Like, yes it may be darkness and emptiness and nothingness, but at least it doesn't make me feel all unstable, scared and disempowered like just about everything in this world does. And it's the point of anger, of 'standing still' in and as 'death' within myself, that's the ONE singular point wherein I feel like I actually exist, as weird and contradicting as that may sound. The anger/darkness is a form of 'stability'. A point of 'here-ness'. Like a 'table' that I can come back to. Like 'oh yes I am here. This is where I exist'.

And in a way it is a sort of realizing that 'death' is 'life'. That they are one and the same thing. They're both just 'here'. There's death and life, and then there's the mind. So in a way death/life is LIFE as HERE and the mind is DEATH. Because it's the mind that makes me lose myself. It's the mind that creates illusions, which trigger emotions like fear, which makes me lose myself, and lose my 'here-ness' and my stability - and makes me feel, and be, effectively 'dead', as in unable to connect or relate to what is HERE as reality. Unable to see myself in what is HERE.

So maybe it's not such a bad thing to want to be 'dead'. The anger, yes, that's a problem, and is a consequence of having so much FEAR. And is showing me I need to start really taking responsibility for all my fears. Can't just be allowing myself to 'lose myself', but I must rather realize that there is a 'table' that's here for me to always come back to. There is an actual stability, a 'here-ness' within and as me. That darkness, that 'nothingness'/'emptiness', that's real. That's the real me. I am not ACTUALLY 'lost'. The lostness is an illusion fabricated by the mind through its many creative and ingenious ways to trigger FEAR. Through THINKING, which I do a lot of lol.

I've always been a 'thinker'. So yes, quite problematic lol. And it's always been so casually pointed out to me, that 'oh I'm a thinker'. Like it's something that's Ok. Like it's not hugely problematic in terms of how much power I give away to the mind through the act of thinking, to the point where I would eventually believe myself to be truly 'lost' within and through FEAR. Like, no, it's not Ok to be a 'thinker'. You should really STOP thinking. Stop giving all that power away to the mind. You just make yourself feel disempowered and angry and feel lost within it all. Better to just be HERE. In the darkness. In breath. There where I can be certain that I exist. Where I sit at the table of existence, in and as life, and in and as death. Where there is no fear and no anger, and no thoughts. Where there is no MIND.
Posted by Kim Amourette at 10:02 PM