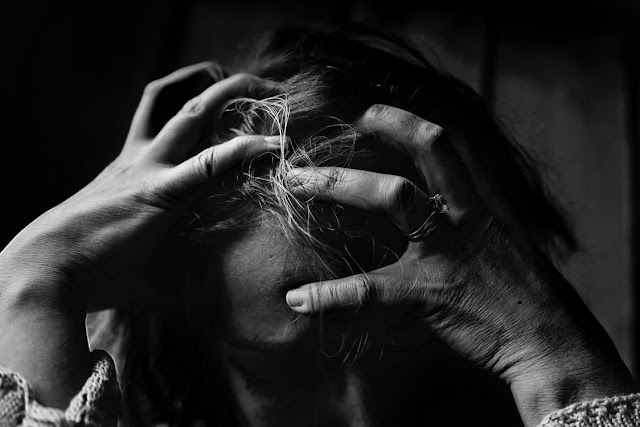 This is a continuation from my previous post "To Be Different"


To touch back on what I wrote about a few days ago, in terms of the pain in my side and the associated ‘mind-point’ of defining myself as ‘different’. I mean this point of being ‘different’ has in a way been a ‘polarity’ for me throughout my life. In that I felt ‘different’ in a negative way for most of my early childhood, into my teens. I had all these thoughts and beliefs in my mind about myself being ‘good for nothing’, being a ‘failure’, being inferior and less than everybody else. Feeling ‘different’ in terms of ‘less than everyone’. And then into puberty and early adulthood I started to actually make a positive out of the negative, developing a personality design out of being ‘different’ as something that apparently made me ‘special’. Yeah it’s pretty weird, but that’s what I did. And that’s what the mind does lol

Rather than being honest with myself about the fact that I felt NEGATIVE, and so resolving those points within myself, so I don’t end up lost in some illusion of ‘different as special’, where I now just become more separated from the world I exist in. Cause when you start thinking that your ‘difference’ makes you ‘special’, or that ‘different’ means ‘special’, you’re in trouble lol. Cause that means you won’t allow yourself to relate to other beings in a normal way anymore since being ‘different’ is now what makes you feel good about yourself. And it’ll be all the more difficult to get to that point of realness with yourself again as you’ve decided you just don’t want to face the negative within yourself anymore. The REAL reasons you think you’re ‘different’. As in you’re not different cause you’re ‘special’, but because you’re a disappointment, a failure, an inferior being.

And you’ll find that your mind will keep switching between those two polarities as well. Where you’ll feel ‘different as special’ the one moment, and then ‘different as inferior’ the next. And it’s hard to just be ‘stable’, to just be ‘you’, and exist in a place of self-acceptance. Cause, in order to get to that ‘you’, you need to actually face the negative and be honest with yourself that how you REALLY feel and how you REALLY see yourself, is not ‘special’, but rather ‘inferior’. And that if anything, you’ll find that as ‘special’ as you experience yourself, you actually feel EQUALLY as inferior/less than. Cause you’ve been COMPENSATING.

So I had a look at this whole point of ‘oh I’m such a failure’ and ‘I’m so much less than everyone else’ that’s been there for so long within me. Almost as long as I can remember. And I thought, well, I’ve been fighting this point for so long and even created a separate personality programming on top of it just so that I could feel a little better about myself and could ignore and suppress these experiences and beliefs within myself. So, let’s say that I am ‘inferior’, and a ‘failure’. You know, maybe I feel that way for a reason. Maybe I feel that way because I AM a failure. And yes, yes, in this world it’s almost bad to say those things about yourself. Because oh no you mustn’t think like that about yourself. You must like yourself and think positively about yourself and accept yourself no matter what. Surely you are NOT a ‘failure’.

But I mean if I for a moment just take out the energy, as in have it not be a pitiful ‘woe is me, I’m such a failure’, but just look at it in a practical, down-to-earth kind of sense. Then yes I can actually realistically conclude that the EXPERIENCE and the THOUGHTS of ‘I’m such a failure’ were on some level based on an ACTUAL realization of myself being, yes, a failure. As in I was ‘failing’ in a lot of areas of myself. A lot of ways in which I was ‘lacking’. In my social skills for example. In my ability to connect and relate to and work together and communicate with others. I was also lacking in many other skills like math or languages and other things I was being taught in school. Lots of things I wasn’t learning and integrating properly. And yes that made me feel inferior and less than others and like I was a failure. But at the same time, I WAS also failing.

But then instead of turning to myself and going ‘ok well let me see how I can support myself to succeed within these points where I’m failing’, I turned it into a pity-party by attaching a feeling/emotion to the point of ‘failure’. Almost like I was trying to sabotage myself so I wouldn’t simply learn and grow and improve myself. Cause that’s why ‘failure’ exists, to simply show you where you need to be supporting yourself more and which parts of yourself you’ve been neglecting or have not developed properly. But because we’ve accepted this culture of emotional coddling where we’re allergic to seeing our own flaws, accepting or considering ‘failure’ somehow becomes something ‘bad’ and ‘negative’ or even ‘hurtful’. Rather than just a reality which, just like anything, is here for us to learn from and understand so we can change and become the best version of ourselves.